On May 12, 2022, some students of Shehu Shagari College of Education in Sokoto State, Nigeria, killed a Christian teenager, Deborah Samuel, for alleged blasphemy of Prophet Mohammed. Deborah had complained through a voice note in her class WhatsApp group about how some of her colleagues were posting about religious issues in the group, which she regarded as nonsense, because the initial agreement was that the group should be used for academic updates. A fellow student responded that Deborah had blasphemed Prophet Mohammed. […] It’s a story of fearless resistance to dictatorship. It’s a decolonized story—one told about Ugandans, by Ugandans, not by a former colonial power. The story aspires to give back the power to Africans, and to African women and queers, in particular. It’s the story of Stella Nyanzi, a Ugandan queer woman of numerous facets, but most of all, of power through provocation. Stella, currently in her late forties, is a poetess, academic, African feminist, LGBTQIA+ activist, opposition politician, and fierce challenger of the Museveni regime. She was imprisoned in April 2017 for several weeks for posting on Facebook a poem boldly criticizing the First Lady and President Yoweri Museveni. […]

In March 2019, following numerous community pleas to curb graft among local police that had fallen upon deaf ears, residents of Kyere, Uganda tricked a notoriously corrupt police officer into a bribery arrangement. They caught him red-handed. Emerging from their hiding places in a community market, they seized the officer and arrested him—a man who had often used the same power of arrest to extort from them! This effective sting operation occurred without any of the usual police brutality toward activists. […] 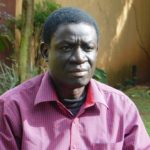 On July 9, members of Sri Lanka’s #GotaGoHome movement surrounded the presidential secretariat and the presidential palace in the capital of Colombo. Their list of grievances against now ex-president Gotabaya Rajapaksa: mismanagement, corruption, nepotism, intimidation, alleged war crimes, and alienation of minorities. Since that day, images of ecstatic protesters swimming in the president’s pool and jumping on a bed in Gotabaya’s home have been circulating worldwide. On July 14, Gotabaya resigned after only serving two years and eight months, instead of five years. Although these achievements are important, it is crucial to understand that this is only the beginning of the struggle. Parliament has just today elected a new president, Ranil Wickremesinghe, Gotabaya’s loyal ally and now former Prime Minister. […] Will #GotaGoHome activists be able to sustain the movement beyond this initial protest phase? It will depend on many factors, but laying out a clear vision for a better, and achievable, economic model for Sri Lanka, a better institutional set-up, and more democratic organizational structures will be crucial. So many nonviolent movements before them have fallen short of this key step in driving a country in political transition down the road to democracy—not democratic backsliding. […]