ICNC is pleased to host Luke Abbs as he discusses his monograph, The Impact of Nonviolent Resistance on the Peaceful Transformation of Civil War. Events in the last ten years have shown the extraordinary impact that nonviolent resistance can have on political change. Echoing this sentiment, research shows that nonviolent campaigns against the government have a strategic advantage over armed rebellions and are more successful in achieving regime change and democratization. Yet, little is known of the impact these campaigns have on the trajectory and transformation of civil war. The common misperception is that during civil war, unarmed civilians are withdrawn, often victims of violence and are thus passive in contrast to the armed factions. The monograph discussed in this webinar joins a growing number of studies that directly challenge this assumption, exploring the impact that wartime nonviolent campaigns have on conflict transformation during active armed conflict and the post-conflict period.

In this webinar Luke explores the following key questions of the monograph:

In the webinar Luke presents two key arguments: first, that large-scale nonviolent campaigns increase the likelihood of a negotiated settlement to civil war by undermining governmental power in ways that open up political space and empower civil society, and promote constructive change which redefines societal relations; second, that the constructive legacy of these campaigns then increases the likelihood of democratization after armed conflict comes to an end.

Luke supports these argument with statistical evidence, based on a global sample of cases between 1955 and 2013, and case study evidence from South Africa and Mali. Not only are nonviolent campaigns active in over 20 percent of civil wars, but they are shown to have an important impact on peace, further adding evidence to the notion that nonviolent campaigns are important agents of change. 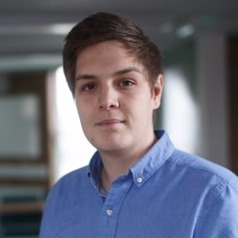 Dr. Luke Abbs is a research fellow at the Centre for Religion, Reconciliation and Peace (CRRP) and visiting fellow at the Department of Government, University of Essex. Luke engages in applied data analytics, using statistical methods and supervised machine learning prediction to analyze the dynamics of political conflict and to inform key policy questions about peace and armed conflict. Along with the published monograph discussed in this webinar, his work has been published in the Journal of Peace Research, Journal of Conflict Resolution, the Journal of Global Security Studies and Mobilization.

Luke’s research is focused on developing two important streams of peace and conflict research. The first stream explores the emergence and dynamics of nonviolent resistance campaigns, and the impact nonviolent resistance has on the peaceful resolution of armed conflict. Luke’s recent focus has been on the impact of specific nonviolent actors (such as religious organizations and peace movements) and the nonviolent tactics deployed during civil war peace processes. His second stream is focused on the dynamics of civil war, including the impact of armed militias on peace processes in Africa and the effectiveness of UN peacekeeping with current studies on Darfur, the Central African Republic and the Democratic Republic of Congo.

Luke has engaged in various consultancies for the United Nations Operations Crisis Center (UNOCC), Conciliation Resources, the International Center on Nonviolent Conflict (ICNC) and the United States Institute for Peace (USIP). In his previous role at the University of Essex, Luke worked extensively with policy makers in local government and police forces (such as Essex County Council, Essex Police and the West Midlands Violence Reduction Unit), using quantitative methods to support collaborative and evidence-based research projects.