The Checklist to End Tyranny

The Checklist to End Tyranny enables dissidents to become more strategic in their thinking and more skillful in their quest to win civil resistance campaigns in the 21st century.

Over a century of data shows that civil resistance campaigns—employing strikes, boycotts, mass protests, and many other nonviolent tactics—are the most powerful means for societies to confront authoritarians and achieve democracy and human rights.

If the world is to have a Fourth Democratic Wave expanding freedom over oppression, then pro-democracy activists waging civil resistance campaigns will lead the way. A Force More Powerful: A Century of Nonviolent Conflict

This nationally-acclaimed book shows how popular movements used nonviolent action to overthrow dictators, obstruct military invaders and secure human rights in country after country, over the past century. Peter Ackerman and Jack DuVall depict how nonviolent sanctions–such as protests, strikes and boycotts–separate brutal regimes from their means of control. They tell inside stories–how Danes outmaneuvered the Nazis, Solidarity defeated Polish communism, and mass action removed a Chilean dictator–and also how nonviolent power is changing the world today, from Burma to Serbia. Strategic Nonviolent Conflict: The Dynamics of People Power in the Twentieth Century

Nonviolent action, well planned and implemented, is shown in this lucid, timely, and compelling work to effect dramatic outcomes against opponents utilizing violence. Ackerman and Kruegler recognize that not all nonviolent efforts meet with success and they are careful to stress that a nonviolent approach involves great risks as well as opportunities. It is the effectiveness of the strategies employed which will determine whether those using nonviolent means can prevail against opponents who rely on violence in pursuit of objectives. Twelve principles of strategic nonviolence are established in this book–they serve as a conceptual foundation and enhance the prospects of success in nonviolent campaigns of resistance. Five critically acclaimed documentary films on civil resistance are available for free streaming, in English and over 20 other languages.

“Outstanding… a veritable manual on how to mount a successful nonviolent resistance movement….” –The Los Angeles Times Bringing Down a Dictator

The award-winning documentary chronicling the student-led Otpor! Movement that led to the ouster of dictator Slobodan Milosevic.

“A priceless history lesson… succeeds most intriguingly as a how-to manual for revolution via civil disobedience. Grade A.” –Entertainment Weekly

Watch this film in English. 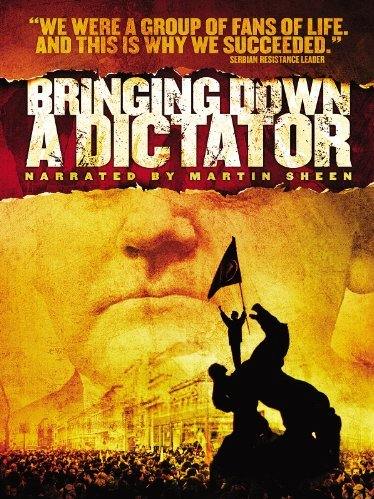 The acclaimed documentary recounting 17 days of nonviolent civil resistance by the people of Ukraine against their chronically corrupt government.

“[A] timely and fascinating look at grassroots democracy in action.”
–Chicago Reader A documentary examining the dynamics and mechanics of Truth and Reconciliation Commissions in the aftermath of conflicts in South Africa, Peru, East Timor, and Morocco.

Watch this film in English. In 2011 Egyptians rose up against their president. They removed him. But they didn’t get what they expected.

This film traces the revolution in Egypt and its aftermath. Drawing on extensive interviews of activists, organizers, and others who were active on the ground, it offers lessons on political transitions, dictatorship, and democratic change.